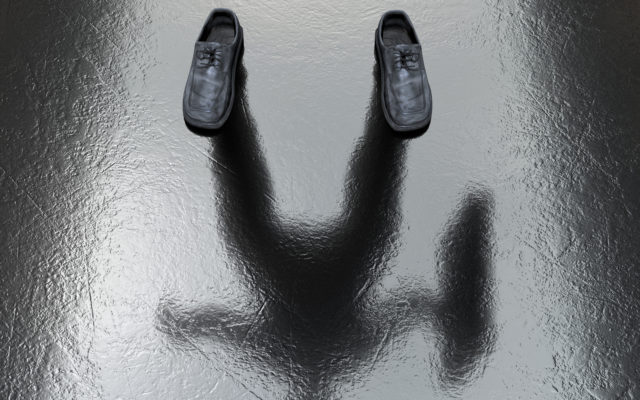 Has Dash Core Group Senior Advisor MooCowMoo pulled an exit scam with a so-far-unknown quantity of Dash investors’ funds? Here’s what is known so far.

Senior Advisor for Dash Core Group (@Dashpay), owner of a "Masternode Shares" service, disappears with the funds of several Dash Investors.
Dash Core Group tells users to figure it out themselves: "there is power in numbers".@CoinSpice @coindesk @fluffypony pic.twitter.com/uiuvt9AlJL

What looks to bear all the classic hallmarks of an exit scam came to light yesterday when one Dash user, Erulian, posted a message on the Dash Forum.

However, he had waited plenty of time. Users of MooCowMoo’s shared masternode service were emailed on Aug 10 earlier this year.

They were informed that the Dash Core Group Senior Advisor and owner of a “Masternode Shares” service would be shutting down and returning all funds:

So, to address the stress, I’ll be shutting down shares and sending back all deposits to their origination addresses within a week or two as time permits.

However, it’s now Dec 2 and, it seems, MooCowMoo has vanished into thin air…

Erulian confirmed the silence on the part of the Dash Core Group Senior Advisor and called out to other possible victims. He questioned, “who else has lost money?” And said, “I hope to get some discussion going about this, it’s getting late.”

Another user, scombo, joined in the conversation. He confirmed that he had also not heard a word from MooCowMoo since September.

Scombo reached out to several others in the network trying to reveal the advisor’s true identity, without success. He added:

Also might be worth involving the Dash core group as this reflects really badly on Dash, particularly as he was a prominent member of the team 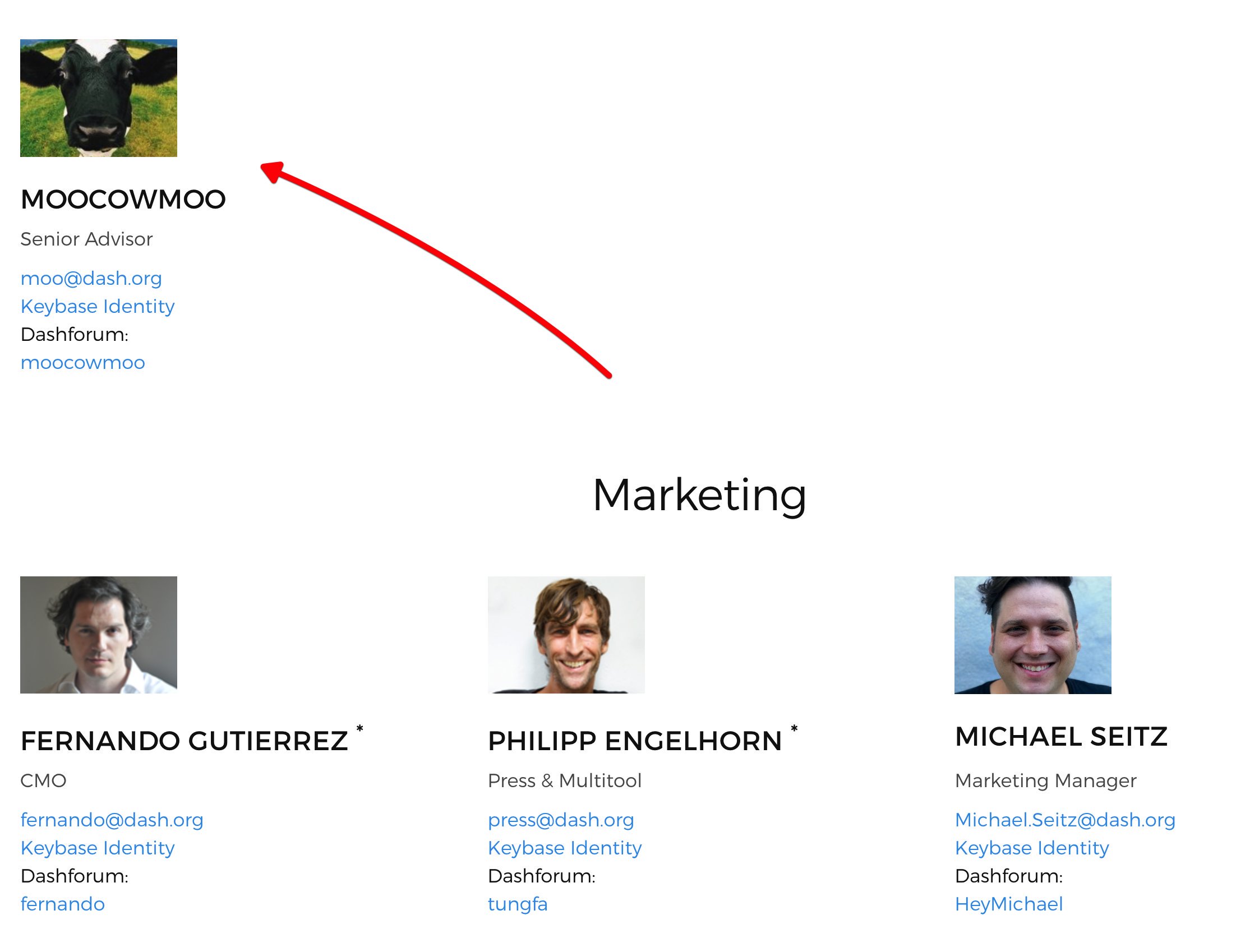 Unfortunately for Erulian and scombo, the Dash Core Group failed to provide assistance. After imploring them to help investors get in touch with MooCowMoo, since the issue was causing “a lot of stress,” users pretty much got told to figure it out on their own. 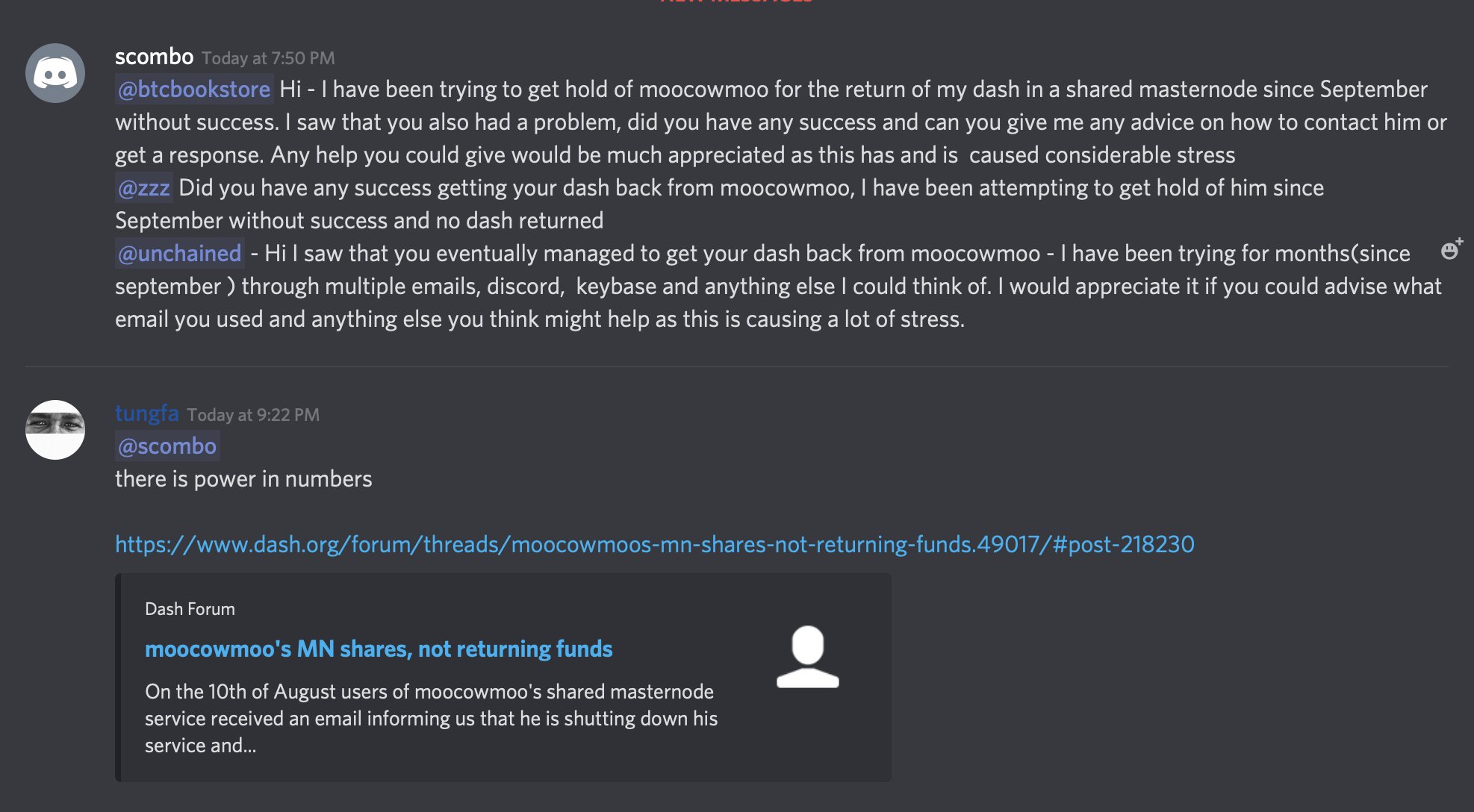 The response was simply:

“there is power in numbers”.

What do you make of this latest Dash news? Add your thoughts below!

The Mirage of the Money…