Coinspeaker
Ethereum Price Is Renewing Peaks Getting Closer to $300

Currently, on W1 there are no signs of a trend reversal. Both the MACD and Stochastic suggest a continuation of the trend. However, if we pay attention to the dynamics of the Ethereum price itself, we may suppose that after an attempt of testing the low at $80.86, the market is developing a new wave of growth inside a long-term correction phase. Based on this idea, we may suppose that upon overcoming the fractal peak at $363.18, the quotations will rise to 23.6% ($397.50) and 38.2% ($594.40) Fibo. 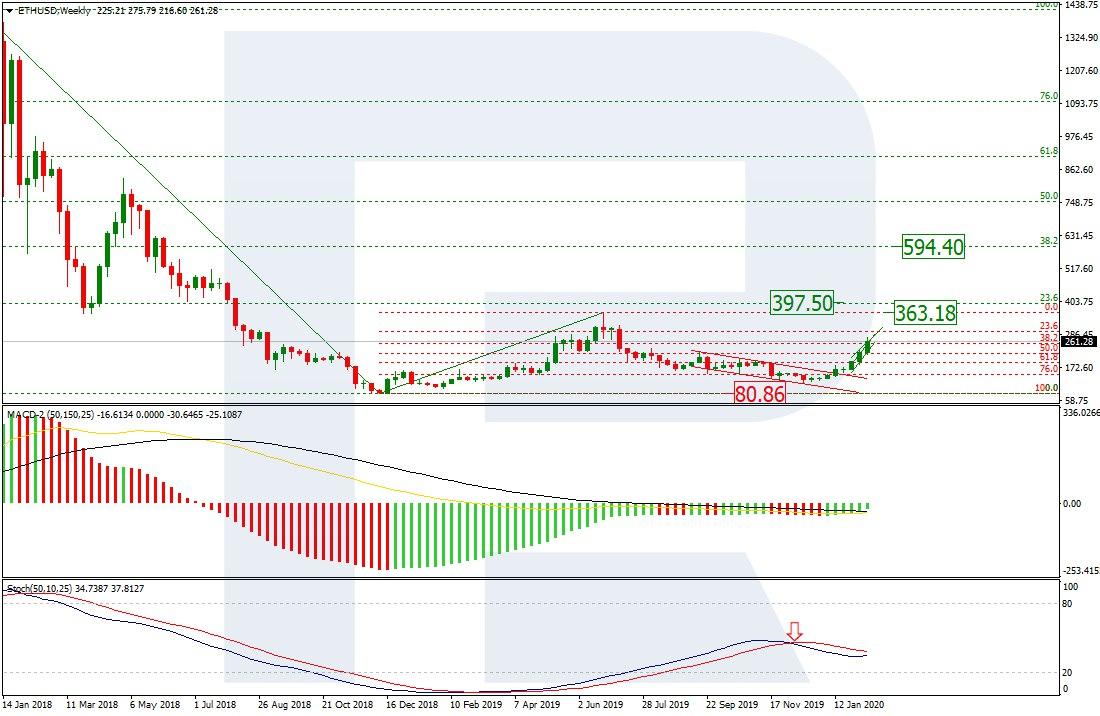 On D1, the quick and confident growth of the quotations is almost copied and confirmed by the MACD dynamics. By now, the quotations have reached 61.8% Fibo. The next goal of the Ethereum price growth is at 76.0% ($303.90) but it will not be reached before a pullback. The aim of the latter may be the support level at $221.86. 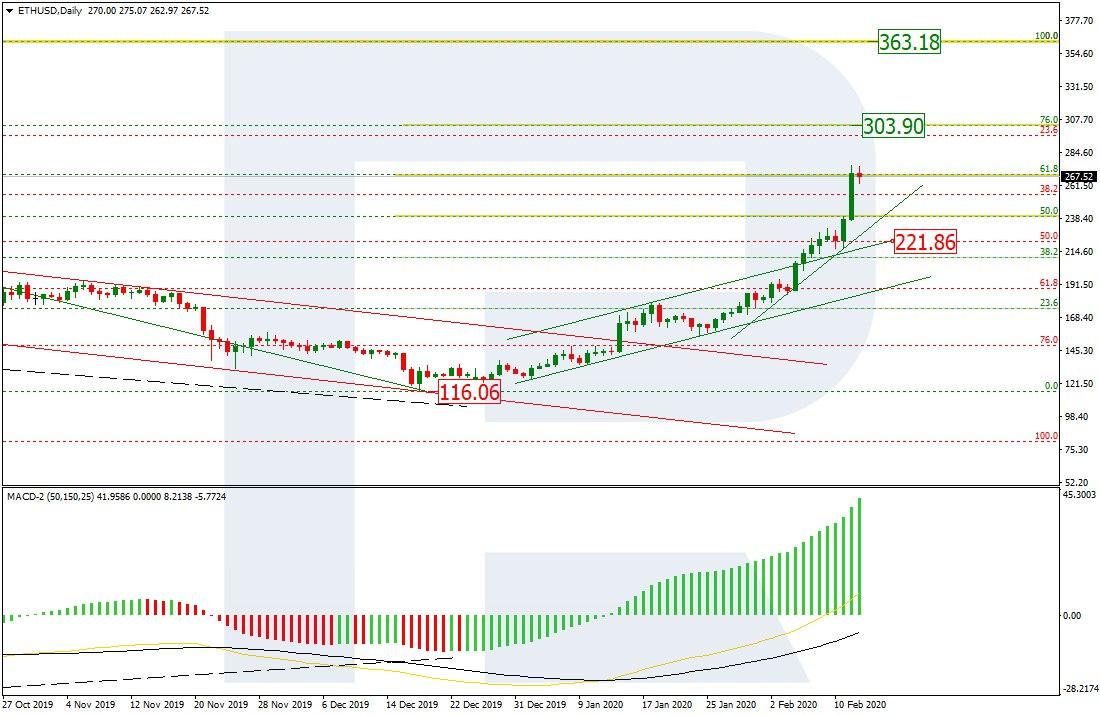 On H4, ETH/USD demonstrate stable growth, speeding up. Meanwhile, the Stochastic has formed a divergence that may be taken as a signal for a decline. The aims of it are $251.50 and $230.55. 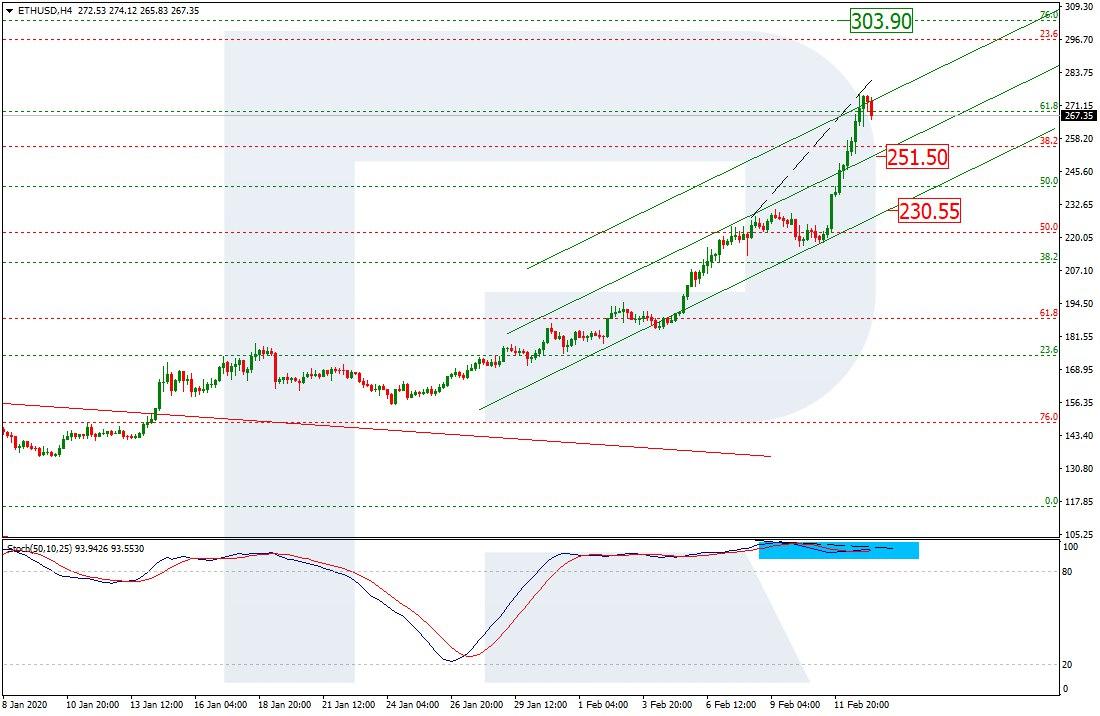 The crypto market is clearly captured by a new surge of interest as those who prefer traditional assets are searching for alternatives on the turbulent market. Spreading of coronavirus from China makes them pay attention not only to some traditional safe assets but also to new solutions, such as cryptocurrencies. During the last month and a half, the capitalization of the crypto market has grown by 50%; the aggregate cost of all digital assets is at its six months’ highs. The BTC price, for example, has increased by 48% since the beginning of the year, the ETH price – by 95%.

While the world is rushing from one profitable asset to another, the Ethereum creator Vitalik Buterin is watching the so-called field of stable coins forming. Particularly, he is interested in the issue of transaction verification.

Buterin wonders if the mechanism of generating cryptography proofs of transactions is trustworthy and if the validity of a transaction can be checked using another blockchain. The answer here is important for such major players entering the sector as Central banks, for example, which are working on the creation of their own blockchains for payments and other transactions.

It is know that the BTC transactions can be checked by the Ethereum network. However, it is highly questionable whether this is for good.

Buterin thinks that the capabilities of central banks allow for designing reliable mechanisms for transaction verification which will stimulate DEX to make a new step in development.

Ethereum Price Is Renewing Peaks Getting Closer to $300

Why Bitcoin May Not Skyrocket…

The Bitcoin Market is Now…