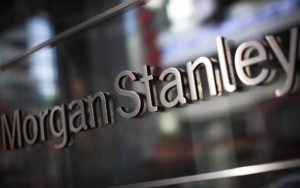 According to a recent announcement, a new high-speed crypto derivatives exchange called Phemex is expected to see its launch in the near future. The exchange will supposedly be fast enough to execute trades in less than a millisecond, and will serve institutional and retail investors alike.

The new exchange was created by a group of developers who used to work at Morgan Stanley. One of the co-founders of the company, Jack Tao, spent 11 years as a Morgan Stanley executive. In those days, he served as a global development leader for the MSET (Morgan Stanley Electronic Trading) Benchmark Execution Strategies (BXS).

He left the investment bank earlier this year, in July, and decided to create a team of over 30 senior developers. At least eight of the new developers were previously executives at the bank, as well.

What will Phemex Crypto Exchange offer?

According to Tao, the internet allowed instant communication and information transfer, while blockchain will enable the same for value. The new exchange can perform as many as 300,000 transactions each second, as confirmed during the beta testing, which has been going on for the past several weeks.

Tao also added that the platform started trading about ten days ago, on November 25th. Apart from high transaction speed, the platform is also capable of delivering an order entry extremely quickly, with a response time taking less than a millisecond.

Phemex also offers leverage to all of its clients, including 100x leverage for BTC, ETH, and XRP contracts. Not only that, but clients will also have the ability to back their contracts by traditional financial products, quite soon. These will include foreign exchange, metals, energy, stock indexes, agricultural commodities, interest rates, and more.

The internet has made it possible to communicate and transfer information. So a public blockchain enables instant transfer of value.

This is important to him, as other crypto derivative platforms often saw reliability and performance problems, which was particularly noticeable when high-volume trading periods arrive.

One example of this is a sudden surge of Bitcoin’s price, like the one seen earlier this year, in June, when BTC exceeded $13,000 per coin.

However, Tao also understands the importance of crypto assets’ security, which is why the team also created its own cold wallet system. The system will supposedly assign an independent deposit address to every individual user. That way, all user-owned assets will be kept offline, and thus inaccessible to any potential attacker.

This is also very important, as even the largest cryptocurrency exchanges tend to suffer hacking attacks, which usually result in thefts of millions of dollars in cryptocurrency. In fact, the lack of security when it comes to centralized platforms is believed to be one of the main obstacles for institutional investors.

While many believe that the volatility of cryptocurrency is the main issue, this is likely not the case. Institutions have more than enough experience in dealing with volatile assets. Having their funds stolen from platforms that they would use is an entirely different issue.

Do you think that Phemex will attract new institutions to the crypto derivatives trading sector? Let us know your thoughts in the comments below.